Jet Set (Leuven) scored its biggest championship win yet! In a Belgian Mixed Outdoor championship with 28 teams, they have proven to be the best by beating the Flying Rabbits 14-9 in the finals. In a final where the intensity was high and the spectacle was a pleasure for the eyes, we saw two teams that played “mixed” as it’s supposed to be! Congratulations as well to the Flying Penguins that managed to come in third while only having 10 players during the tournament!

In second division Skywalkers took the price home by beating the Freezzz Beezzz in a tense final. They should be very proud, because they can broke the Beezzz-win-all-their-finals-in-2017-combo (BUIC, BUMIC, BUOC & BBC). Oufti-Blaireaux deserved their spot on the podium as well.

Full results can be found HERE

Spiritwise it looks to have been a very good tournament as well. In my opinion some of the spirit scores given were pretty high, but even taking this into consideration, the spirit champions were pretty clear. They were Freespect (Div 1) and White Foxes (Div 2).

Thank you all for another amazing championship, congratulations to all the winners and if you are interested in helping to ensure there will be a BUMOC next year, please contact us at info@belgianultimate.be 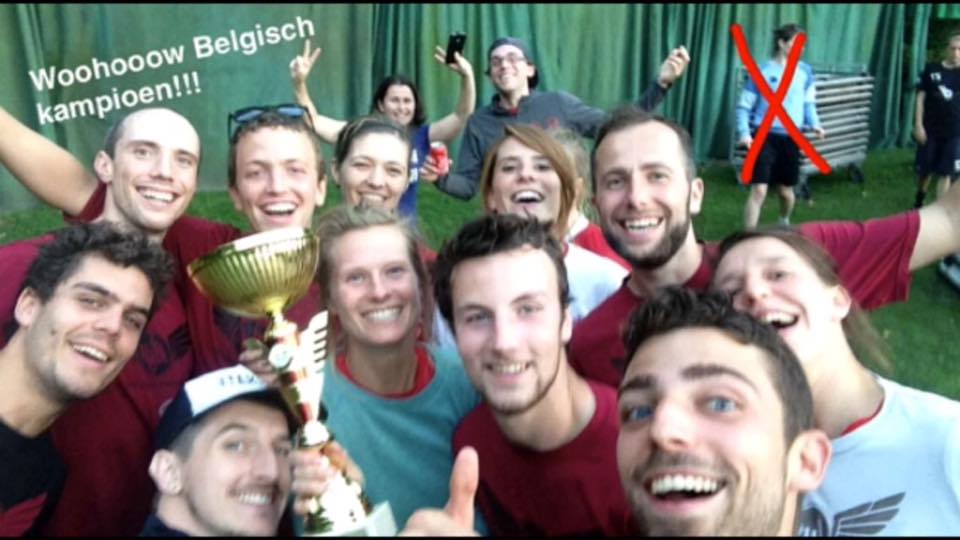 Guess who’s back? Back again! Ultimate’s back, tell a friend!

This weekend the Belgian Ultimate Mixed Outdoor Championships 2017 are being played. 28 teams are competing in two divisions at the Blaarmeersen in Ghent. Who will take the crown?

Will Gentle COOP use the home advantage or will Jet Set spoil their fun? What about the Mooncatchers, whose mixed capabilities are still a big unknown? Will the Flying Rabbits score their first championship in their bid to become the world champions? Or will the Flying Penguins repeat their surprise victory of 2015?

Lots of questions, lots of excitement. Come to the Blaarmeersen and find out!

With the Belgian Ultimate season over, I present to you a clear overview of all the results of the 2016 – 2017 season. I hope you enjoyed the season as hard as I did and I’m looking forward to battle again for the 2017 – 2018 season! 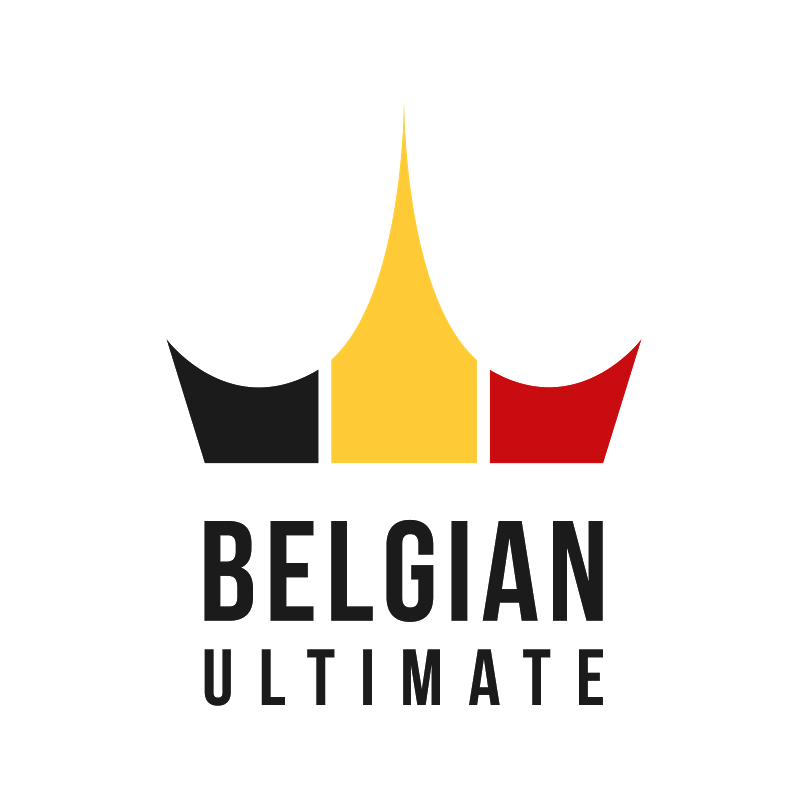 After an intense weekend in the burning sun, the belgian outdoor champions for the season 2016 – 2017 are known.

The gentleladies made it 3 titles in a row after beating LUV in the finals. LUV only needs to wait one week to try and take revanche, because they will play each other once again at the regionals next weekend.

Both teams gathered the same spirit score, causing them to share this trophy (although I’m already on ordering a second one ;-)) 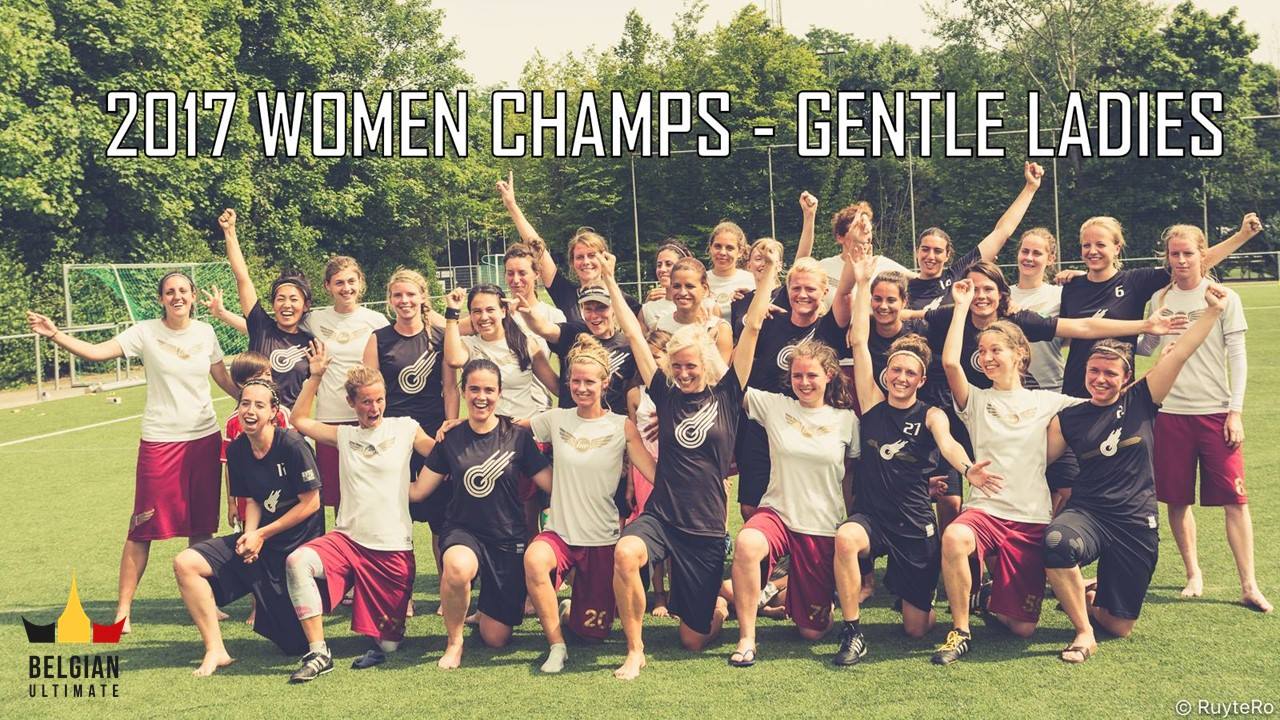 In the Open Division, for the second year in a row the semis were the end station for the 1-seeds as Jet Set narrowly beat the Mooncatchers in the semis. With the Freezzz Beezzz also beating Gentle Open, we got a totally unexpected finals with Jet Set – Freezzz Beezzz.

In these finals the Freezzz Beezzz proved to be the strongest team in Belgium at the moment and they celebrated their second title in 3 years. 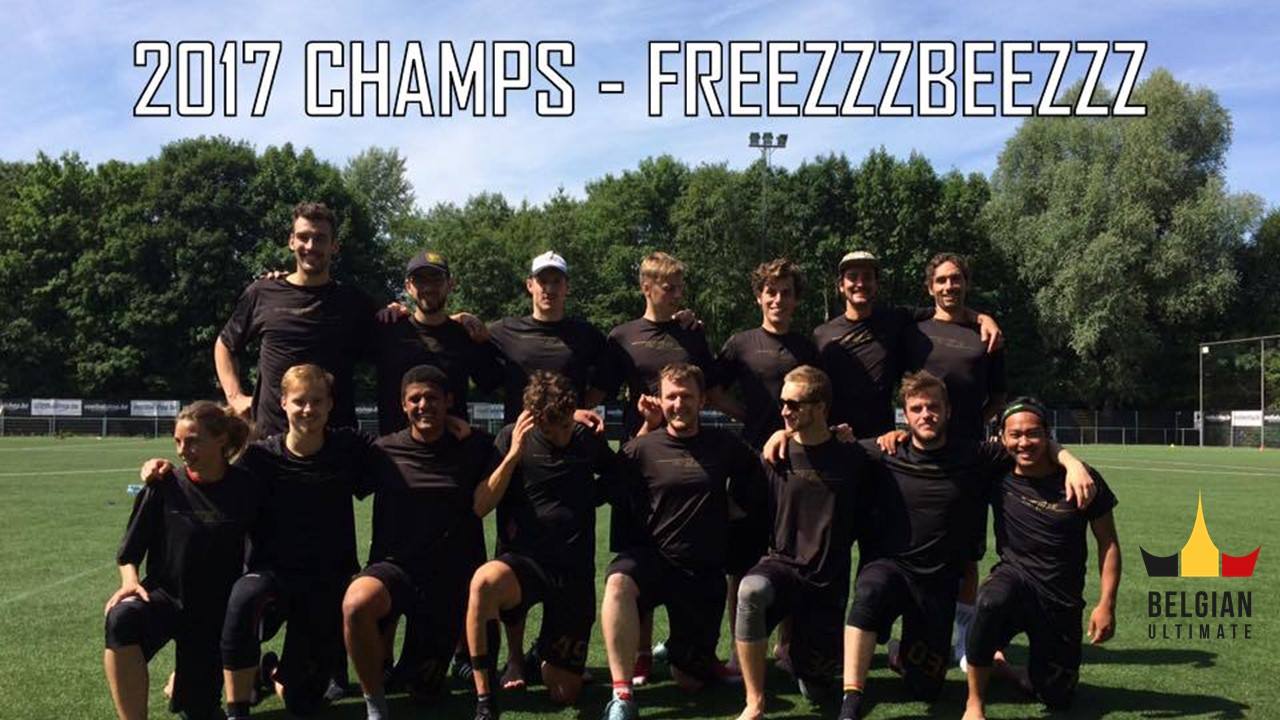 This concludes the Belgian Ultimate season 2016 – 2017. We’ll be back next year with what’s promising to be another magnificent season.

If you would like to join the Belgian Flying Disc Federation (BFDF) or to help them improve, do not hestitate to inform us at info@belgianutlimate.be or championships@belgianultimate.be

Time to get psyched for the apotheose of the Belgian National Championships 2016 – 2017!

Have a look at the schedule HERE and make sure you join in on what’s going to be a great weekend! 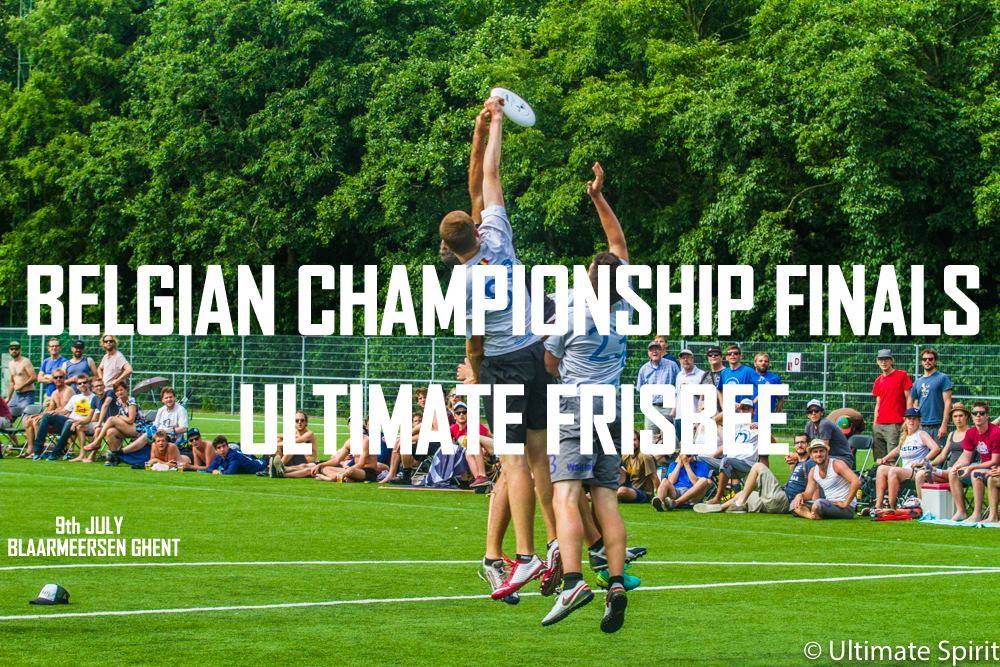 Go have a look at the Schedule & Results to make sure you’re there for the important games! If you want to play some Ultimate that weekend as well, don’t hesitate to subscribe for the BUOC HAT.

The indoor season has come to an end this weekend. 28 games were played last Sunday to decide which teams would become the 2016 – 2017 indoor champions…
CHAMPIONS
First championship was concluded with a game between Gentleladies and OneLUV. Gentleladies won the title with a 9 – 7 score an intense final. 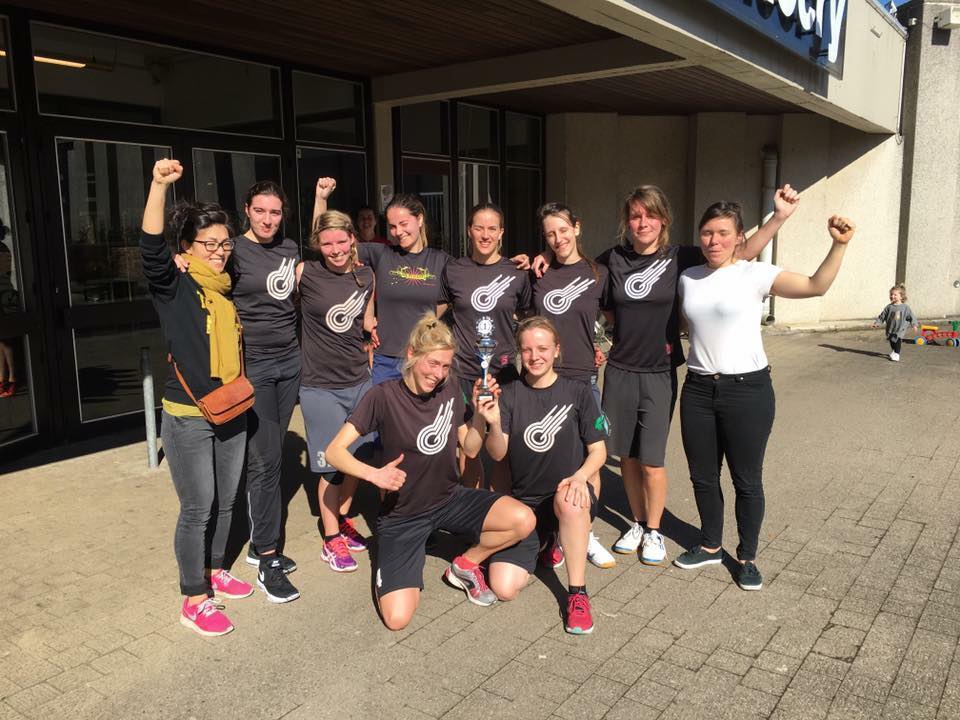 Directly after the Freezzz Beezzz beat suprise finalist Full Moon 9 – 6 to take their first title of the year with them to Bruges. 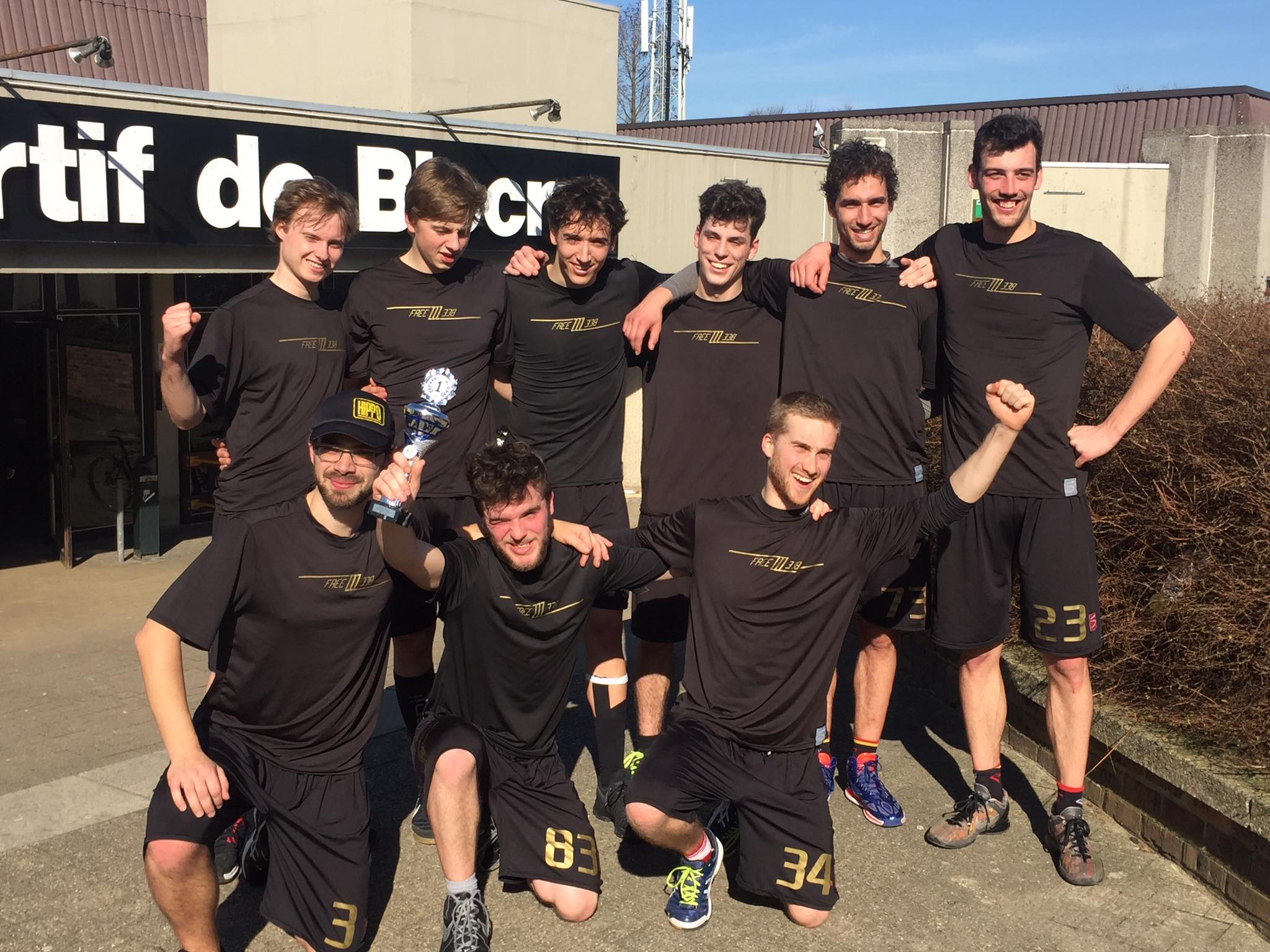 No upsets on the way to the final game in the BUMIC. The two teams on top of the championship during the whole tournament meet each other once more in the finals. The Freezzz Beezzz Mixed once again beat the Flying Rabbits Blue (10 – 5) to take home their second title of the year and their 3rd consecutive title in the mixed division. 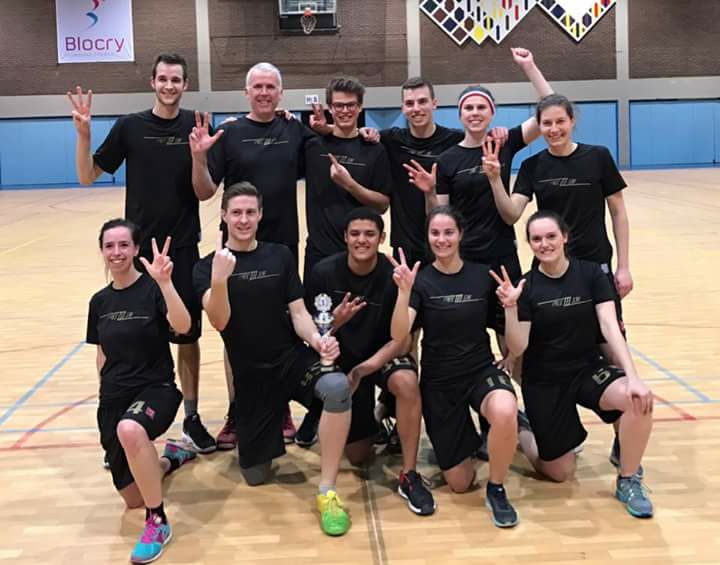 All games have been played and been rated spirit-wise. LUV-U-2 (BUWIC), Jet Set Gold (BUIC) & OuftiMix (BUMIC) have proven over the last 4 months they master spirit of the game and are gracefully thanked for doing so! 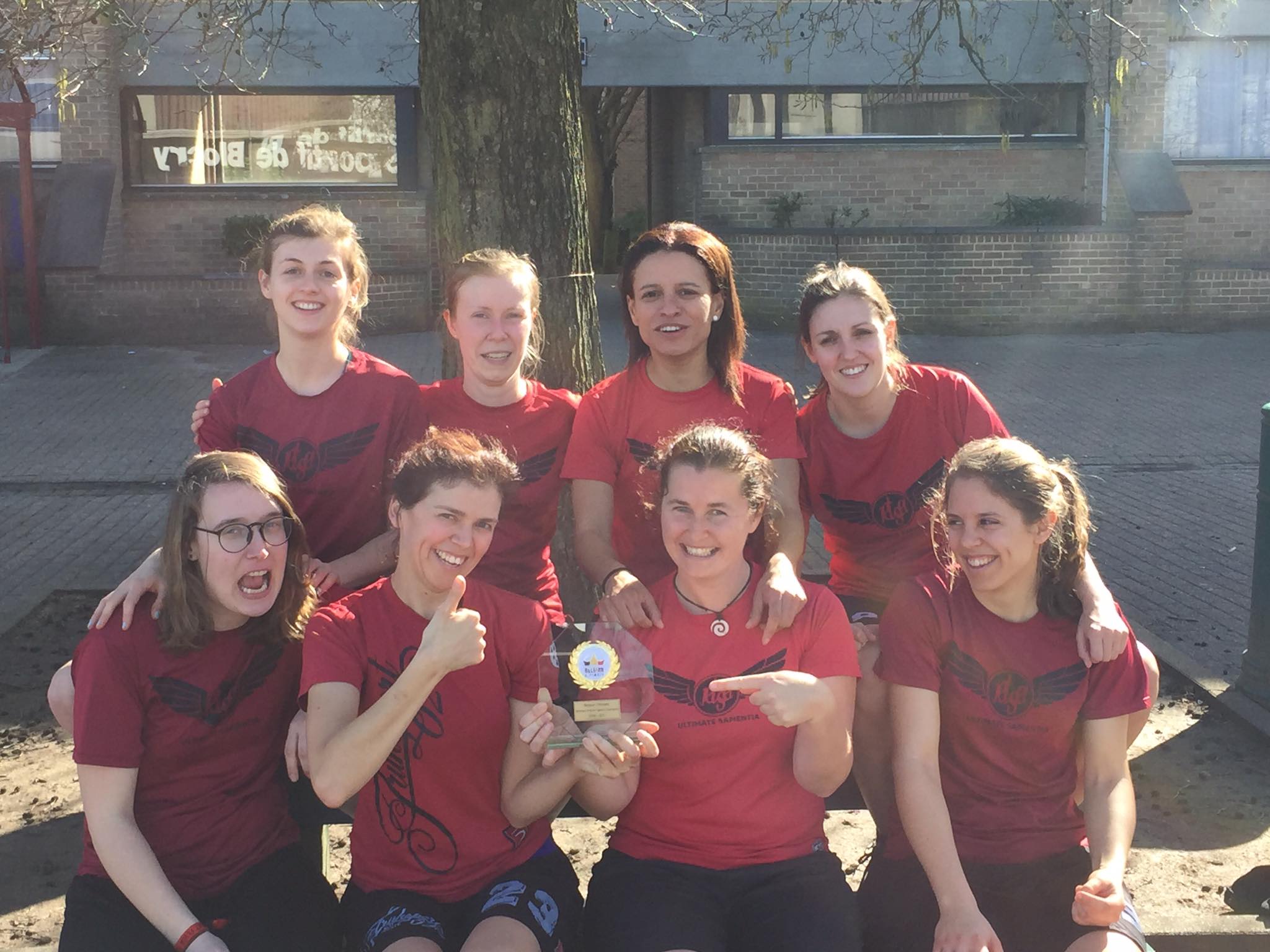 I’ve grouped all final rankings (both games and spirit) at the BU(M/W)IC FINAL RESULTS to make it easy for you to find them.

However, it were the Jet Set Ultimate Leuven Minors that haven proven the Moon Juniors are not unbeatable by taking a clear 9-5 win in the finals and crowning themselves U17 champions.

The Gentle Torpedos take home the spirit price, by getting both first and second place in the rankings!

Congratulations to Jet Set ULM & Gentle Torpedos 1, a big thank you to all teams, coaches and the organisations. Next week there are two more junior championships with the U14 & the U11 divisions… 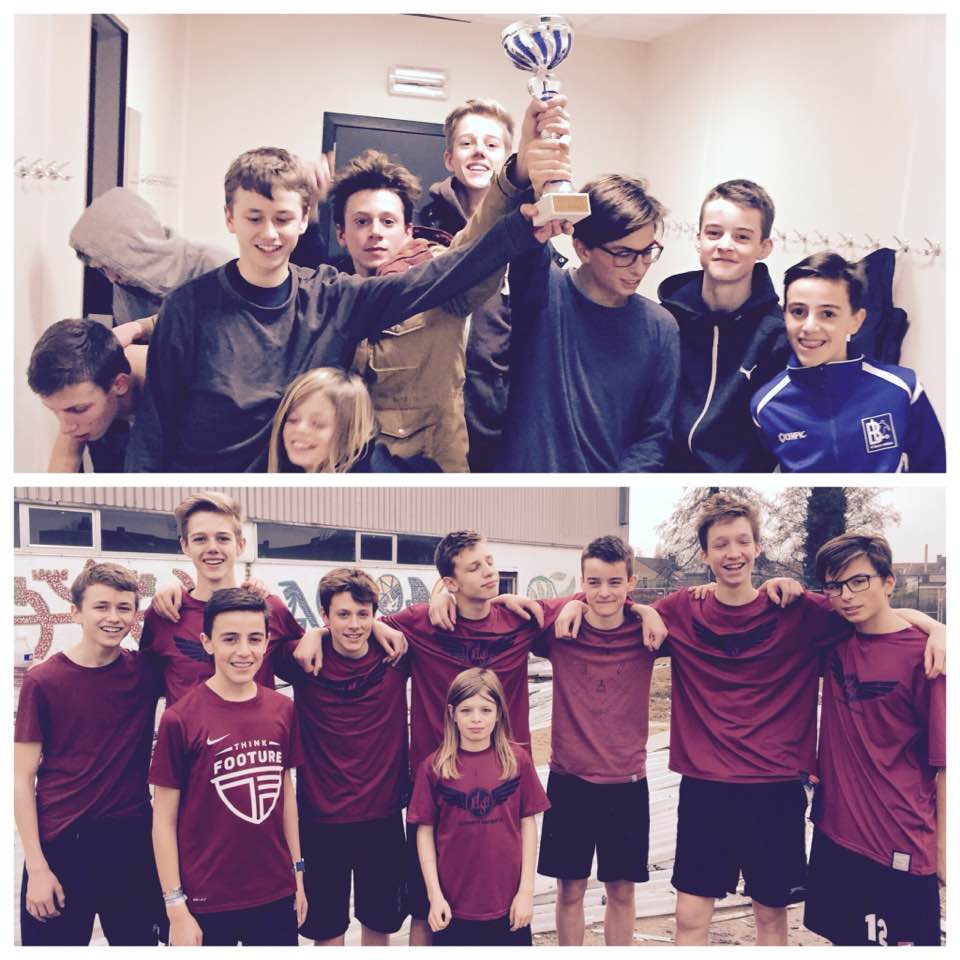 For more details, have a look at http://www.belgianultimate.be/schedules-results/

This weekend the Belgian Ultimate Mixed Outdoor Championships 2016 were held at the sports center from the KU Leuven.

17 ultimate frisbee teams playing in good fate
9 teams lost in the pools and then there were eight.

8 ultimate frisbee teams knocking at history’s door
Quarter finals kicked a few and then there were four.

4 ultimate frisbee teams jumping wild and free
The rabbits went back to their hole and then there were three.

3 ultimate frisbee teams going to the zoo
The penguins got put back in their cage and then there were two.

And who would win the SPIRIT, we knew it before it begun…
It were the Rabbits Labbekaks, they were bettered… by none! 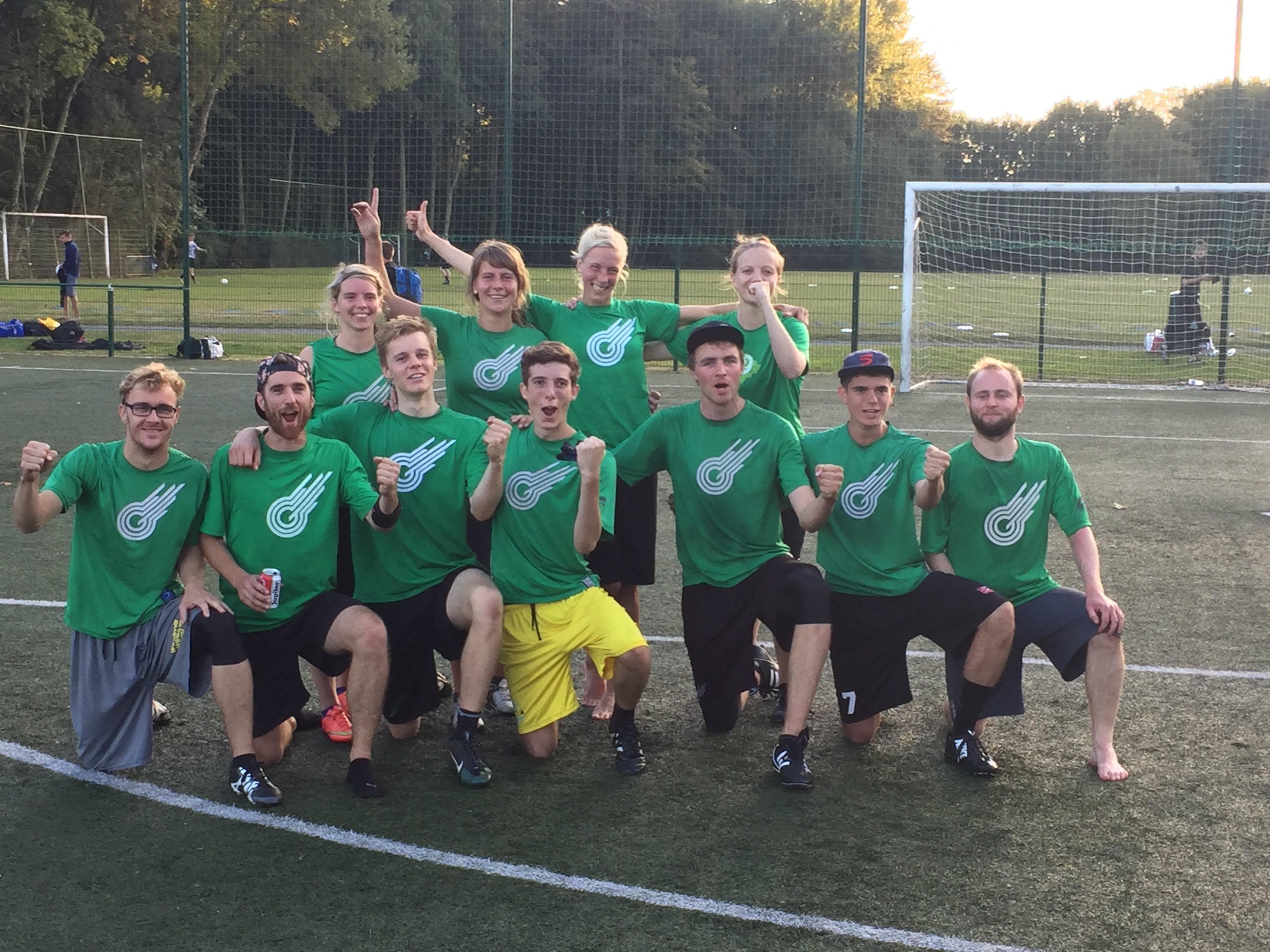 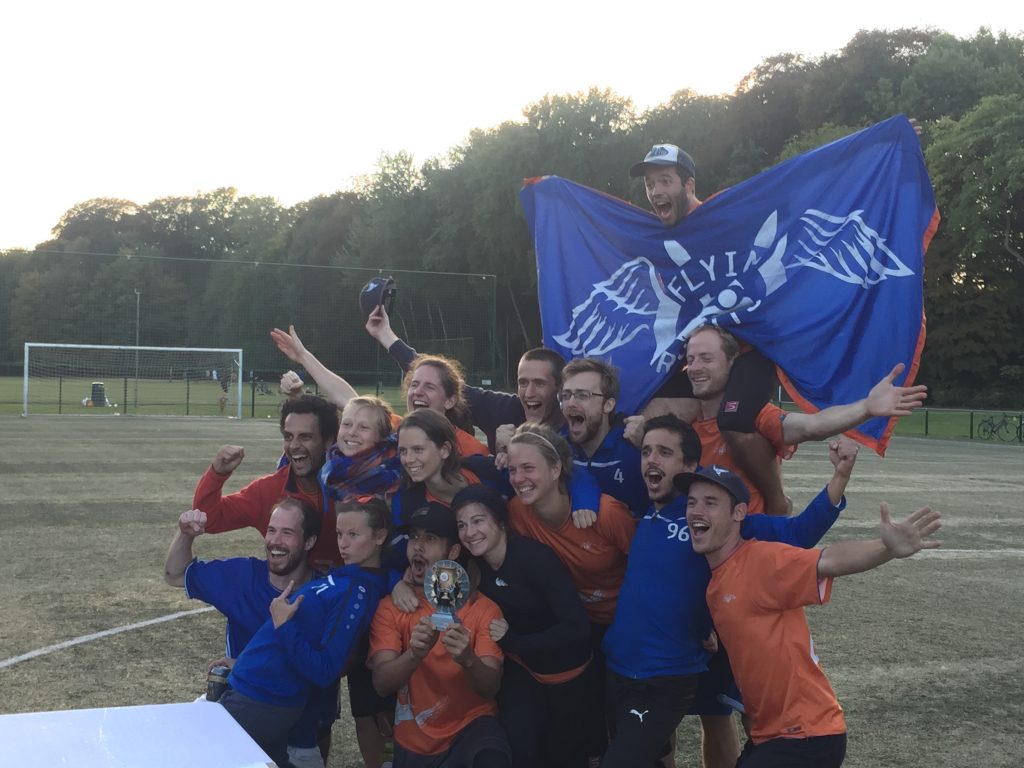 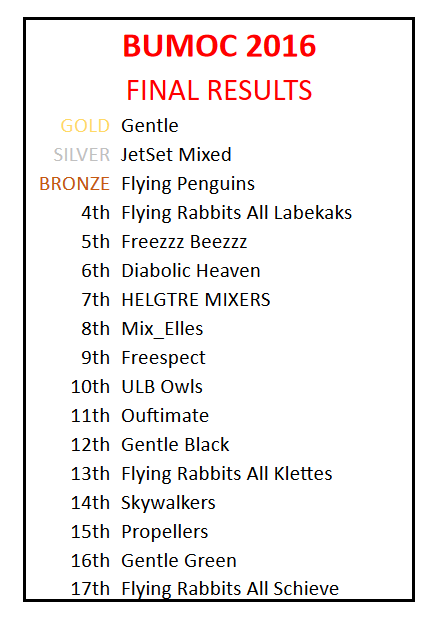