The Gentleladies & The Mooncatchers were in a class of their own this weekend and beat their opponents in the finals with a great margin.

The spirit was won by Oufti-feye (BUWOC) and Jet Set Proschillers (BUOC), so a big shout-out for them as well!

Congratulations to our new champions and the best of luck to the Freezzz Beezzz, Gentleladies, Flying Rabbits & Mooncatchers at the World Club Championships in Cincinnatti later in July! 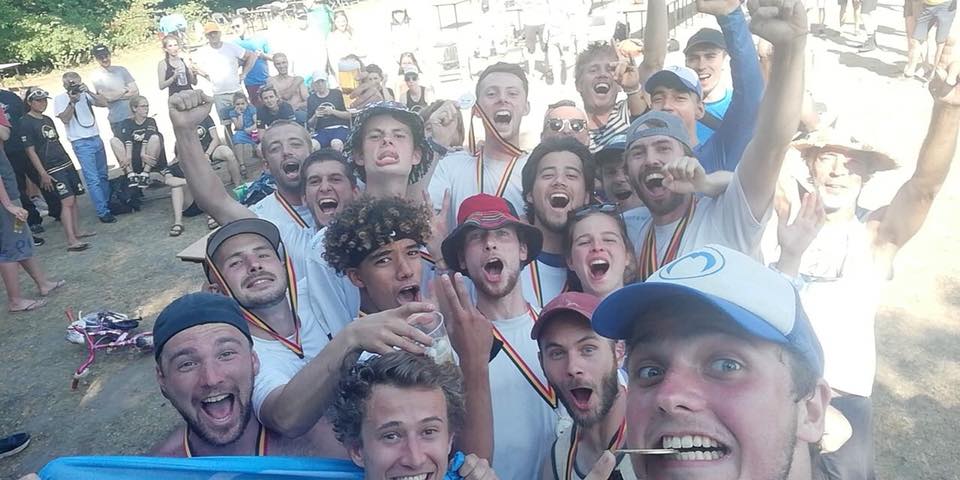 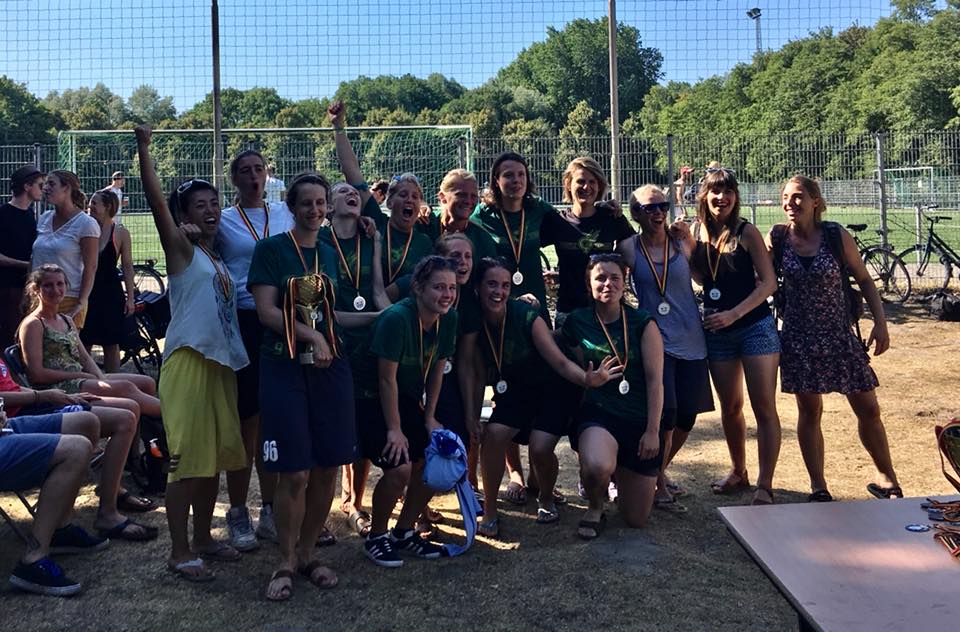 So what are we actually playing for? Except for the much-wanted Belgian title, we’re also playing for the following trophies. You’ll be glad to know that I’ve learned from past mistakes and made sure you could fill them with beer 😉 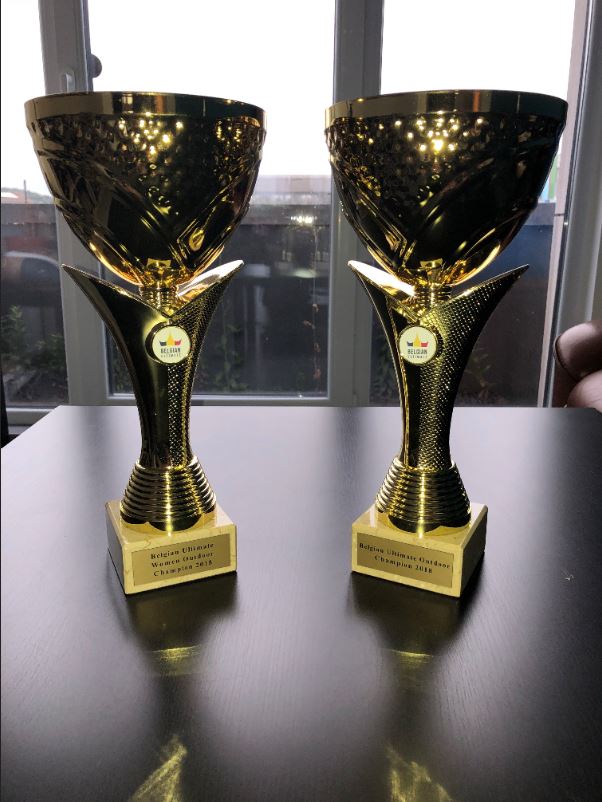 The trophies celebrate the team, but the players like their recognition as well, so I’ve foreseen some nice medals, both for the winners and the spirit winners! 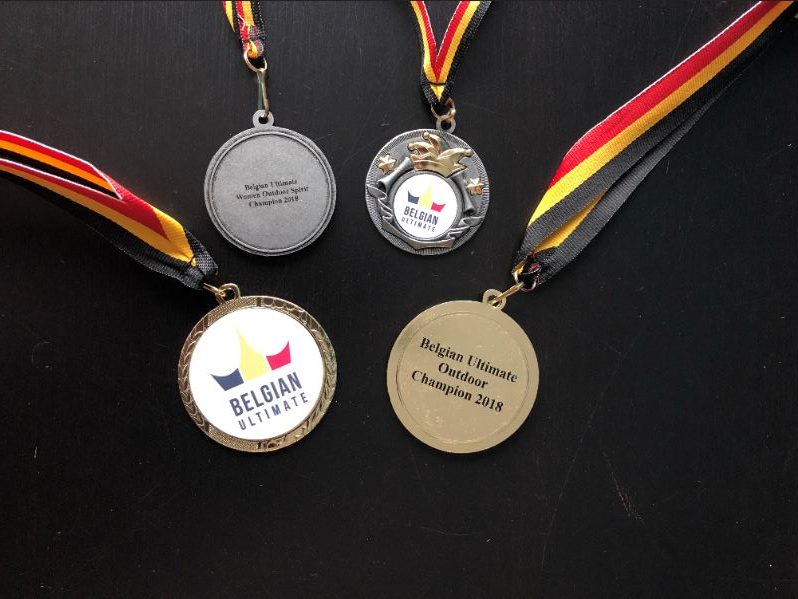 For those who are interested in division results, have a look below. And since this year it’s very clear who wins the lower divisions, I’ve foreseen them some trophies as well!

So if someone of Flywin’chester, Eulch’timate, Oufti-ké-rêve, Royal Vos Reinaert Ultimate, White Foxes – Andalouse, De Karolingers & The Swiggity Penguins would attend the play-offs, feel free to find me and come fetch your trophies! 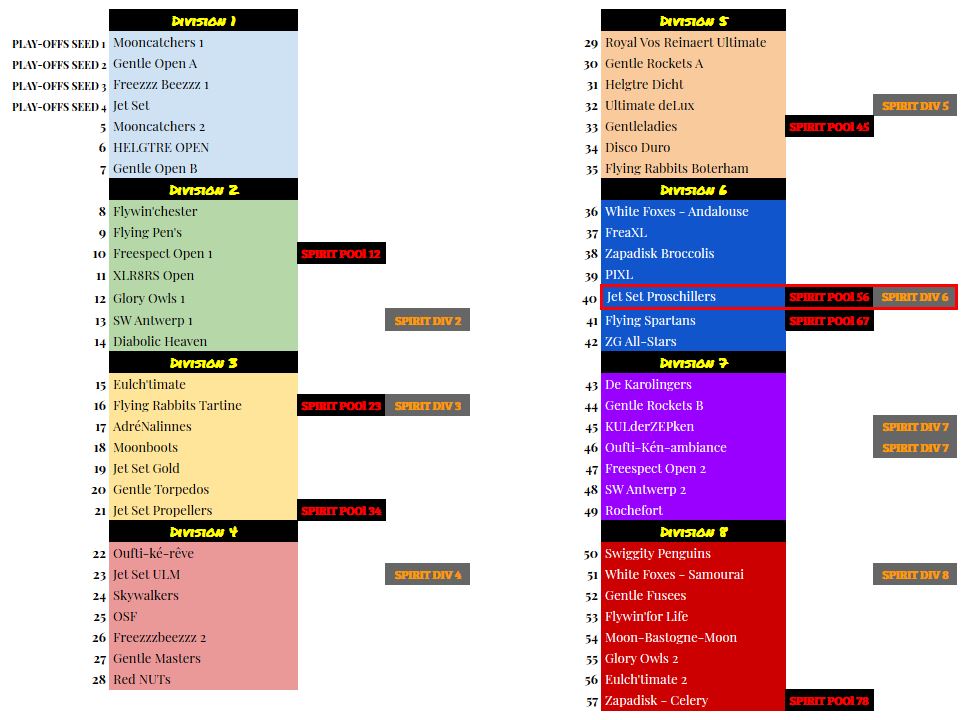 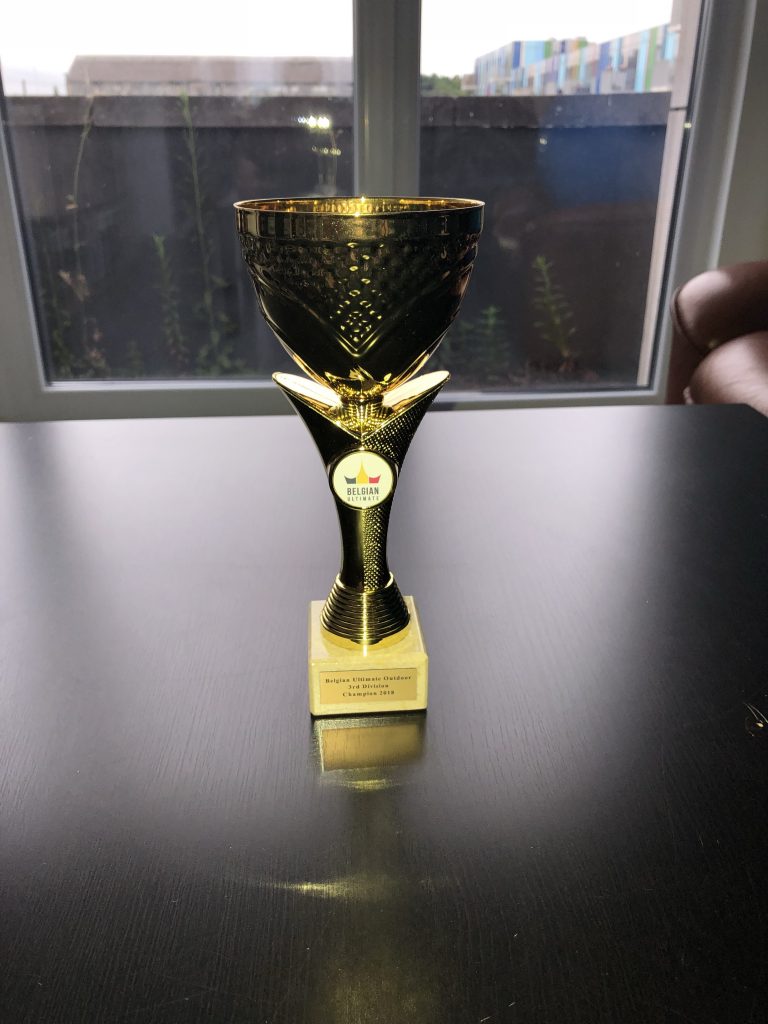 Go have a look at the Schedule & Results to make sure you’re there for the important games! If you want to play some Ultimate that weekend as well, don’t hesitate to subscribe for the BUOC HAT.

In case you would like a quick overview of all championship results for the season 2015 – 2016. 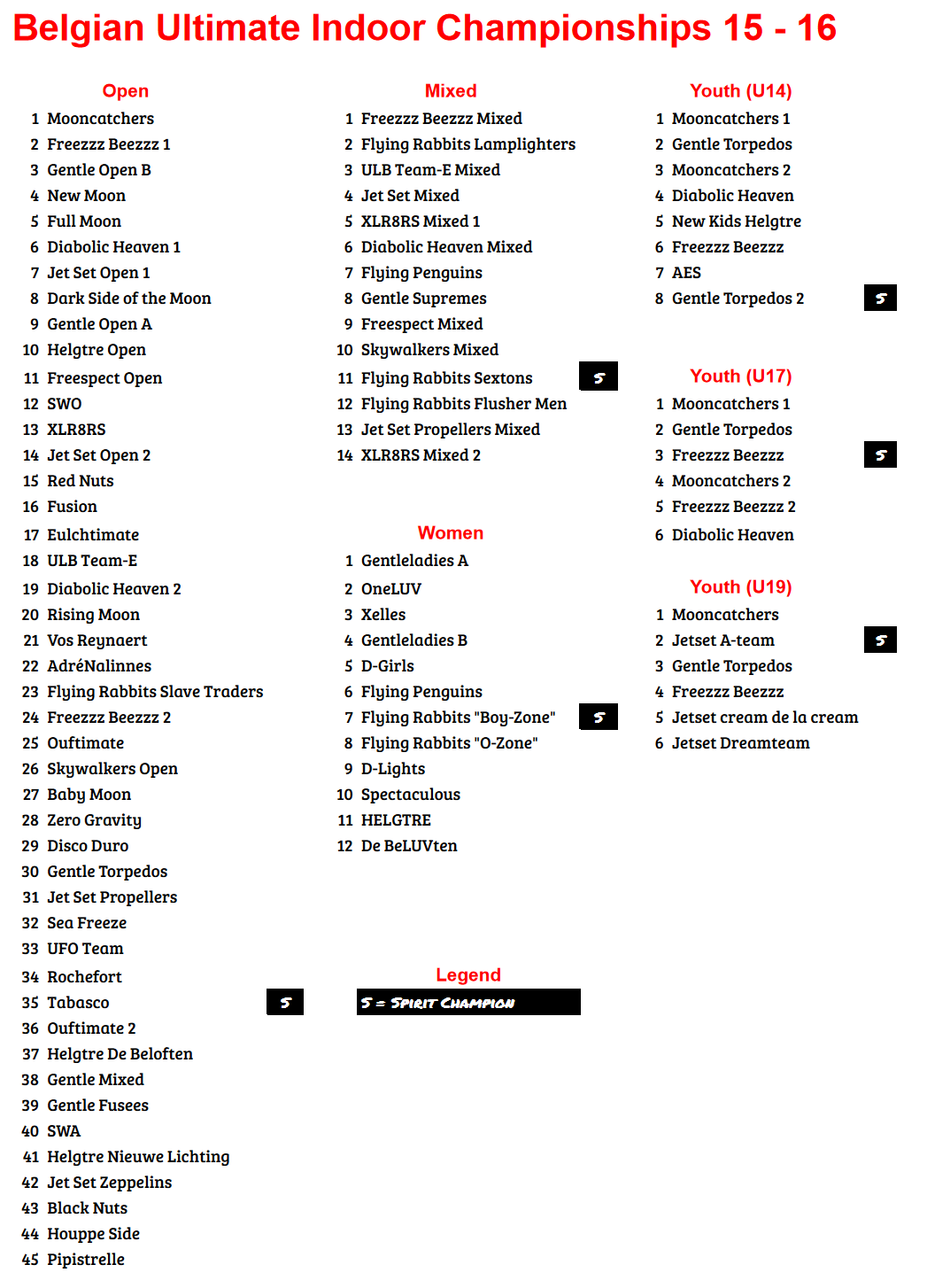 It is over… The champions have been crowned! Mooncatchers & Gentleladies were victorious after clear wins in their respective finals. The Mooncatchers beat Gentle Open 16-10, while Gentleladies took on LUV (Jet Set) 11-7. Both teams took a blistering start to 4-1 and never allowed their opponents to fully recover from that. This doesn’t mean the finales were a bore though. The spectators loved it!

You can go and admire both Spirit trophies in Kessel-Lo… Jet Set Gold took the lead in the Spirit rankings after BUOC 2 and none of the 6 remaining teams could overtake them. In the BUWOC the Spirit scores lay really close, but it was Jet Set LUV that won it by a small margin. Congratulations to Jet Set…

Kasper Van Waes (Jet Set) won the first version of the BUOC HAT, which saw 4 out of 5 games end on universe. 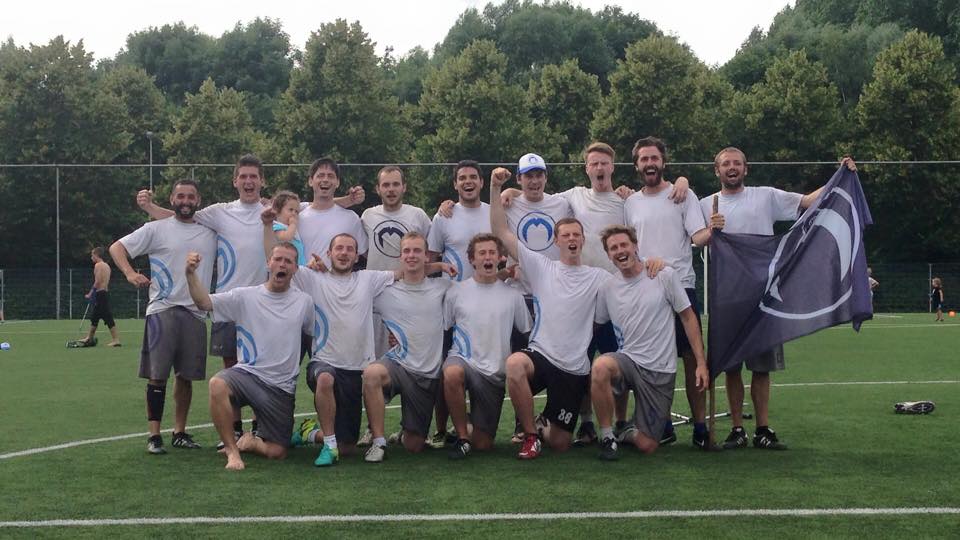 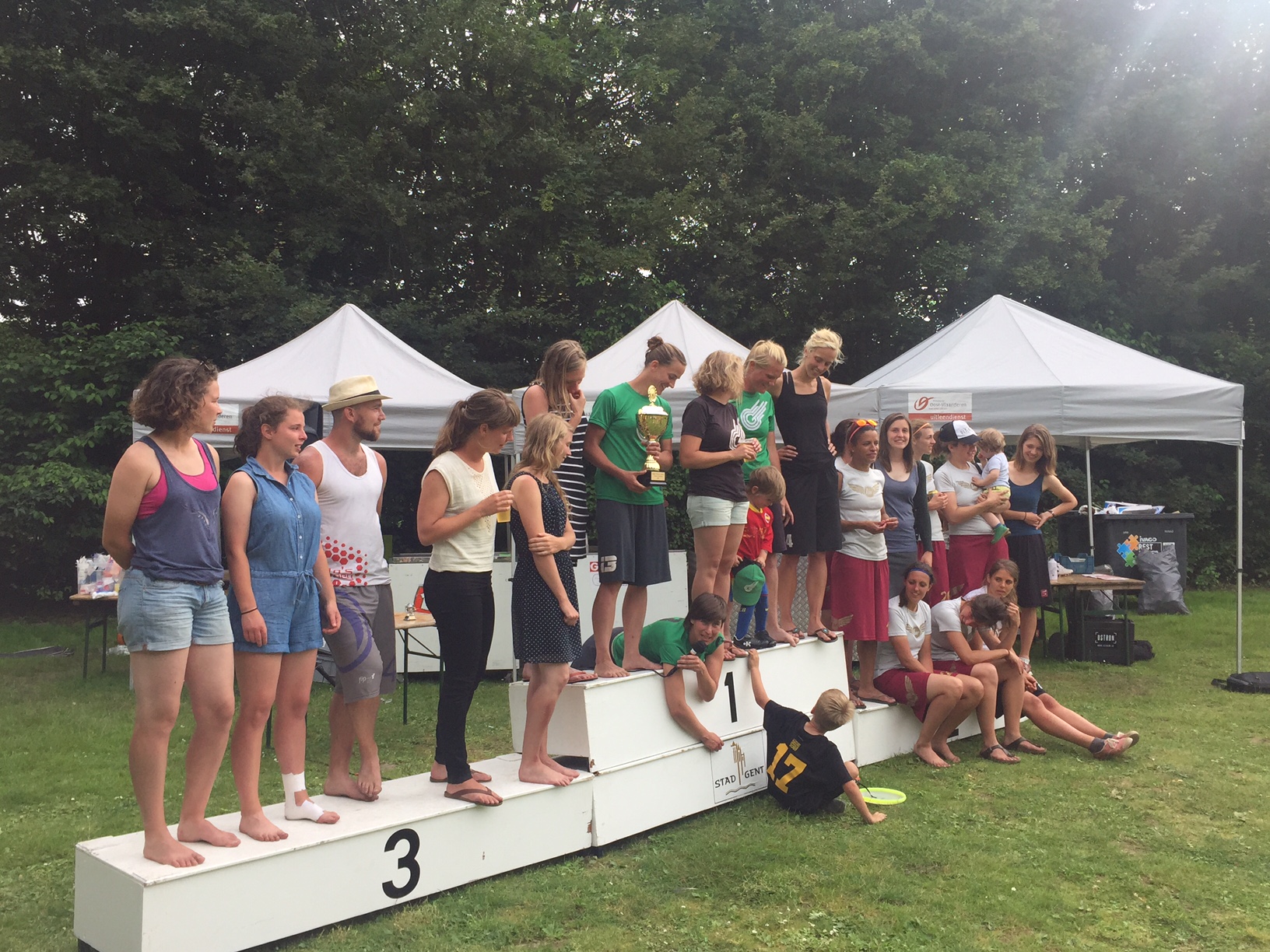 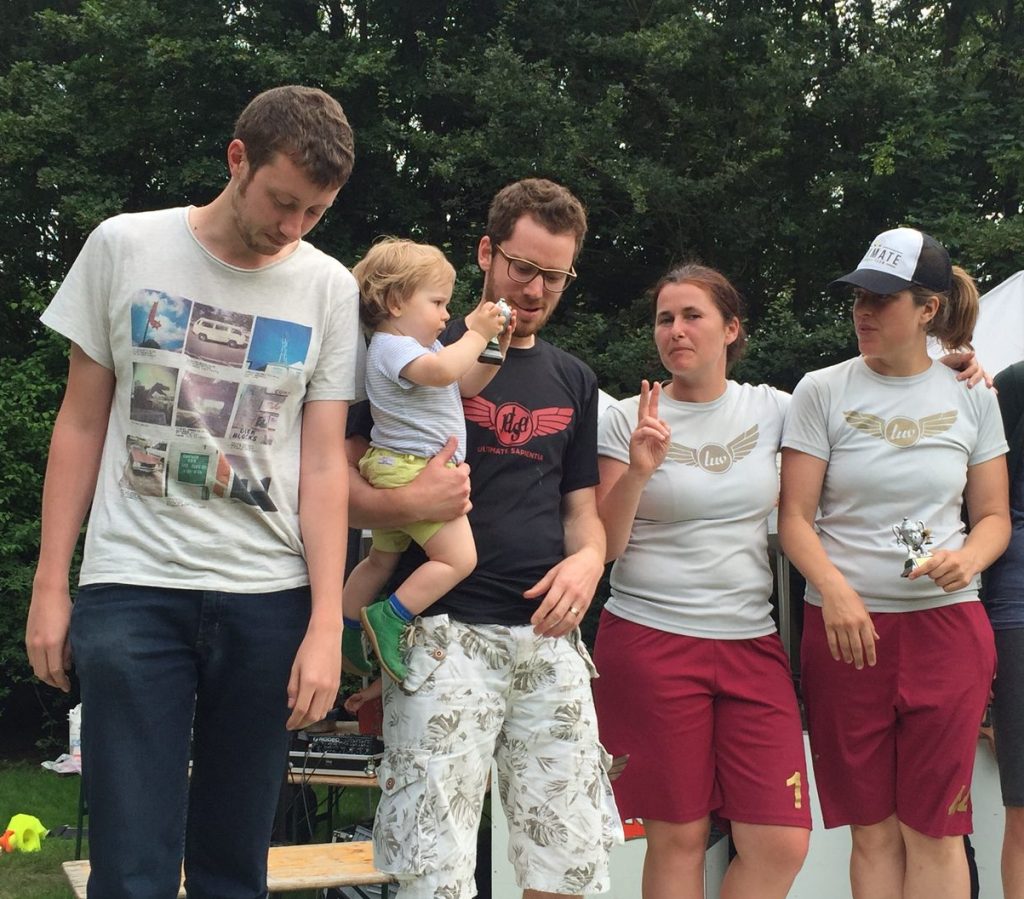 For the first time ever I present you the BUOC Hat. A small hat tournament with 6 or 8 teams hosted at the BU(W)OC fields. For €15 you’ll be able to play 5 games of Ultimate. If you raise it to €35 we will add dinner, a small after-dinner party & camping on Saturday evening, breakfast on Sunday morning & front row seats at the finals of BUWOC and BUOC!

Hope to see you all there, playing a bit of frisbee and supporting our best teams in both sexes!

To subscribe, fill in the following form:
SUBSCRIPTION FORM

To see who is subscribed already:
WHO HAS SUBSCRIBED ALREADY?

I already want to thank Gentle, Flying Rabbits, Mooncatchers, Red Nuts & Schijnwerpers for the effort they’re putting in it!

To define the team fees, I am still waiting on the financial estimations of some of the locations, but I will notify you as soon as I can…