Many congratulations to Mooncatchers (BUIC) & Freezzz Beezzz Mixed (BUMIC) for prolonging their titles for another year. Gentleladies A prevents a total copy from last year by beating the 2015 champions in the finals and wins the BUWIC 2016.

Our scala of Belgian Championships is ever increasing and we would even like to add another: the Belgian Ultimate Mixed Beach Championships (BUMBC). Whomever comes up with a better name can earn my gratitude here!

We’re searching for a team interested in hosting this championship. At the moment we are only looking to host a mixed division, because no mixed beach tournament exists yet in Belgium. We have not set a fixed date as to increase the chances of retrieving one or multiple bids. However, we would vastly prefer bids that don’t collide with other Belgian tournaments.

The Belgian tournaments we currently know about are the following

If I’m missing some tournaments, help me out here!
Provisional deadline for bids is set at March 27th. If we have one or multiple bids by that time, we will pick one of them and go further with it.

12 teams travelled to Tongeren to compete for 4 spots at the BUWIC play-offs in March… Gentleladies rocked the qualifiers with both their A-team & their B-team winning 4 out of 4 games… They go to the play-offs as teams to beat after winning their final seeding game on universe… Challengers in the play-offs will be Xelles (XLR8RS) and OneLUV (Jet Set).

The atmosphere at the Eburonsdome was wonderful, with a load of supporters to bring the ambiance – “You give the high pass and I give the low pass and I’ll take the footblock befooooore you…”…

Mooncatchers are taking the lead in the BUIC after winning 1st division on day 3. After Jet Set Open 1 winning it at day 1 and Freezzz Beezzz 1 at day 2 it promises to be a close call in the play-offs! Will there be a 4th team in the mix?

In the BUMIC the Flying Rabbits Lamplighters score 3 out of 3 and seem to become the top favorite to snatch this championship! However, they’re not invincible because they already lost a game against Jet Set Mixed on day 2… But Jet Set isn’t even sure for a spot in the play-offs yet! Diabolic Heaven Mixed, XLR8RS Mixed, Jet Set Mixed & ULB Team-E Mixed will be fighting a fierce battle for the last two play-off spots!

After a succesful BUYIC with a grand slam for the Mooncatchers and different Spirit winners in each division (Gentle Torpedo’s 2 in U14, Freezzz Beezzz in U17 & Jet Set A-Team in U19), we feel the need to know whether the same results would stand in an outdoor competition!

For that reason the BUYOC will be organised at April 10th @ the Blaarmeersen, Ghent.

I already want to thank Gentle, Flying Rabbits, Mooncatchers, Red Nuts & Schijnwerpers for the effort they’re putting in it!

To define the team fees, I am still waiting on the financial estimations of some of the locations, but I will notify you as soon as I can…

Mooncatchers have proven to be the Ultimate Junior team by winning each of the 3 age categories by beating Gentle 3-2 in the U14 division, Gentle again by 8-4 in the U17 division & Jet Set A-Team in the U19 division.

The BUWIC 2016 will have 12 participants out of 8 clubs. Who will beat OneLUV to the title this year? Or will they repeat last year’s trick? 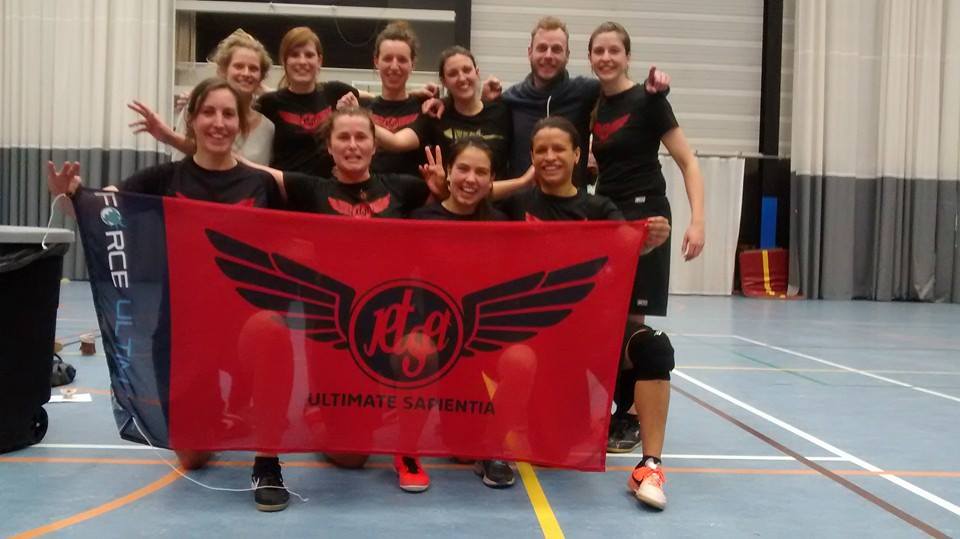 For more info about the Rules or the Schedule & Results, go to the provided links!

Check the SCHEDULE and come support your favorite team @ the Sportoase in Leuven on January 3rd! 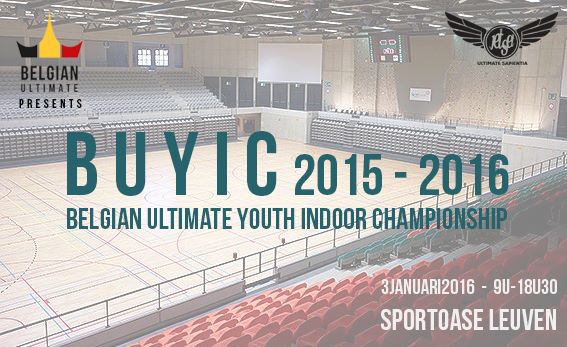